Before there was a Blue Bamboo Center for the Arts, Chris and Melody created Blue Bamboo Music, a jazz record label that supports a dozen artists with 28 international releases.  Most of their work charts on jazz radio and earns rave reviews from the music press.  Their most recent release, Hermanos by the Cortez/Williams Project relaunched the label and is still on Jazzweek's top 100 after 20+ weeks on the charts.

A free reunion show featuring our dear friends from Texas and New York seems like a great way to introduce Central Florida to these wonderful musicians.  There is limited capacity so reservations are strongly suggested.  Call 407-636-9951 or click here to reserve seats. 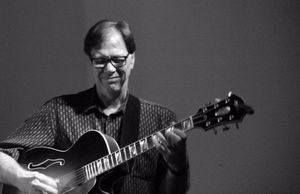 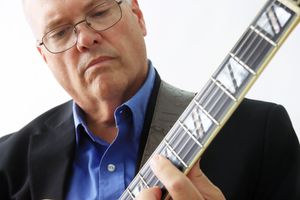 In 2010, Mike Wheeler's CD Mikey's Waltz was one of the first CDs Blue Bamboo Music produced in Houston, Texas and it went to #1 on national jazz radio.  Mike is professor of jazz guitar at the University of Houston and a perennial favorite on the Houston jazz scene.

Mike will lead a trio featuring Chuck Archard on bass, and Greg Parnell on drums. 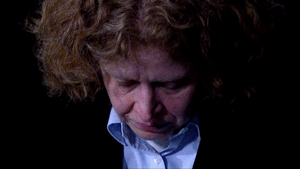 Carol is a Juliard graduate immersed in the NY jazz scene.  At the festival, her set will also feature Chuck Archard, Greg Parnell, and Chris Cortez. Chris Cortez, Glen Ackerman, Will Cruz, and Paul English were one of the steady house bands performing regularly at Sambuca, a popular downtown destination in Houston.  The gig was a proving ground for ongoing recording projects at the label and this group became part of the regular cast of characters for many BBM releases from 2010 and beyond.

Their set is very much a family reunion, as they haven't played together in 7 years.

Click here to listen to BBM releases featuring members of the Sambuca Quartet. 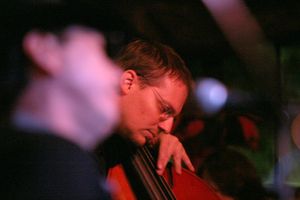 One of the most musically ambitious, far reaching, and imaginative composers, Glen presented the concepts for his 2 releases on Blue Bamboo.  The Glenious Inner Planet, which was followed by The Glenious Alien Landscape.  Low tech, retro sci-fi graphics accompany his quirky, energetic melodies.  It rocks, it swings, it is funky, and full of surprises. Everything is infused with Glen's incredible propulsive, energy as one of the finest bassists on the planet.  Fasten your seat belts!  Joining Glen are Paul English, Chris Cortez, Walt Hubbard, and Dan Jordan.