LaRue Nickelson is a jazz guitarist and composer from the Tampa Bay area. He has had a varied and diverse music career with many different groups. LaRue has played in New York, Italy, South Africa, New Orleans, Indianapolis, Russia, Montreux, and California as well as staying very busy doing festivals and clubs in the Tampa, St. Petersburg, Clearwater, Orlando, and Sarasota areas.

Fans of the Blue Bamboo will recognize LaRue from his role in David MacKenzie's Mind Meld Quintet (videos below).

As well as recording and performing, LaRue is a composer with more than 100 compositions to his credit. He has released three solo projects, titled Dark Water, Labyrinthitis and Down…and Out. Recently, he has completed recording projects with Tom Brantley, Chuck Owen's tribute to Michael Brecker, and 2 duo albums with Jeremy Powell. He also has written for two Mel Bay anthologies, and is the jazz guitar instructor at the University of South Florida.

LaRue Nickelson Quartet will be performing as part of the JazzPro Series on Wednesday, January 11, 2023 at 8 PM. 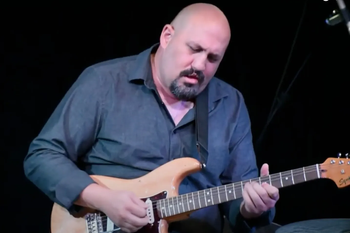 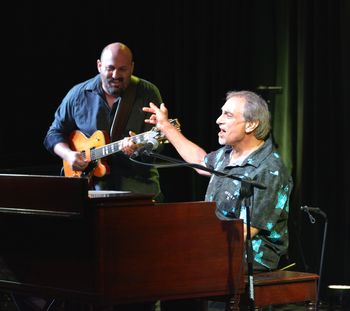